The Return of Persephone by A.D. Hope 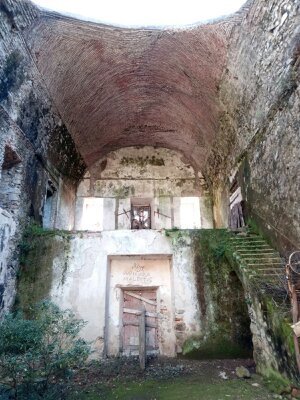 Gliding through the still air, he made no sound;
Wing-shod and deft, dropped almost at her feet,
And searched the ghostly regiments and found
The living eyes, the tremor of breath, the beat
Of blood in all that bodiless underground.

She left her majesty; she loosed the zone
Of darkness and put by the rod of dread.
Standing, she turned her back upon the throne
Where, well she knew, the Ruler of the Dead,
Lord of her body and being, sat like stone;

Stared with his ravenous eyes to see her shake
The midnight drifting from her loosened hair,
The girl once more in all her actions wake,
The blush of colour in her cheeks appear
Lost with her flowers that day beside the lake.

The summer flowers scattering, the shout,
The black manes plunging down to the black pit —
Memory or dream? She stood awhile in doubt,
Then touched the Traveller God’s brown arm and met
His cool, bright glance and heard his words ring out:

“Queen of the Dead and Mistress of the Year!”
— His voice was the ripe ripple of the corn;
The touch of dew, the rush of morning air —
“Remember now the world where you were born;
The month of your return at last is here.”

And still she did not speak, but turned again
Looking for answer, for anger, for command:
The eyes of Dis were shut upon their pain;
Calm as his marble brow, the marble hand
Slept on his knee. Insuperable disdain

Foreknowing all bounds of passion, of power, of art,
Mastered but could not mask his deep despair.
Even as she turned with Hermes to depart,
Looking her last on her grim ravisher
For the first time she loved him from her heart.

First of all a big thanks to Melissa Beck for bringing such a poet to our attention. Secondly in the first stanza it almost feels that Hermes the psychopompous is a V2 making a direct hit on a trench. The two World Wars meet in the Halls of Hades, welcomed by the open-doored, hospitable God. We're on safer ground with 'she loosed the zone'. Here the poet alludes to the loosening of the Greek girdle ('zona'). Proserpina doffs the inhibitor-cum-protector that was worn by Greek girls up to their marriage night. Part of a partnership in death, Persephone seems to leave a sexless union to be fertilised above. Frozen in death, the ageless girl had been taken below the lake and preserved amongst the asphodel. Hades' chase had led to the chaste of Hades. Seized away but not ravished, Persephone will now be harvested elsewhere and not grimly. It is in Hades where her daughterliness resides

But the elephant in the poem is Eurydice, 'she of the broad jurisdiction'. The poem is a tableau of respect. In Hope's poem, Persephone initially turns her back on Dis. Later she twice turns round to see how he is 'taking it'. To 'look back' in Latin ('respicere')' is to 'have regard for', to 'respect'. respect is a  form of love that is long in the maturation. Persephone looks back and condemns her spouse to be loved and respected eternally. She does it in full knowledge of her power to petrify with beauty, to look with pity, to turn again to her Dis possessed. She doesn't need to worry. And she can care.

Orpheus meanwhile didn't take enough care. Was it her beauty or was he concerned he and Eurydice were losing touch, her with her snake-bitten foot, her limping gait? Either way, would a woman have let desire cloud judgement when desire was at stake? Then there's Menelaus. The peripheral Menelaus, sworded-up to kill Helen on the fall of Troy, but disarmed by his own desire. A woman would have prepared herself to face down those desires. Temporarily, having the long term in mind. But why do men get such a profound bee in the bonnnet in the first place? The big gesture from the small man faced with the sword-droppingly beautiful. The big look back to ensure Eurydice is all right. Was Orpheus so inconsolable that he couldn't think straight when the time came? Unconsolability was no longer an issue. He had to disregard her to love her and he couldn't even manage that much. He had to play it cool to love with wild abandon. He just had to stay upright like poor Lindsey Jacobellis or Devon Loch. He had all the colours on their spots.

The Plains of Asphodel sound lovelier than the Elysian Fields