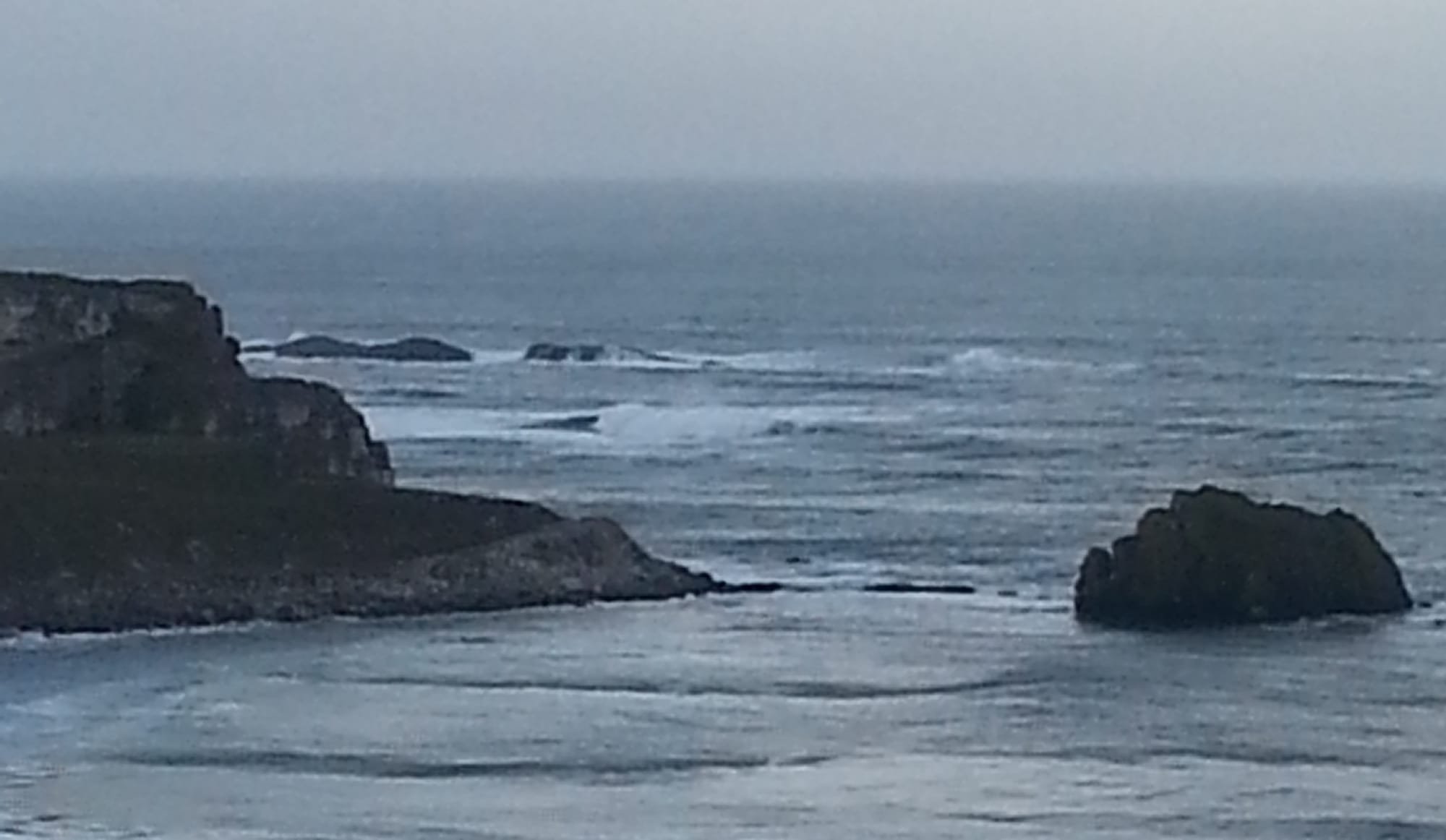 'dicitur his remos applicuisse vadis'  ; '[Medea] is said to have applied the/her oars to these shoals'

The Argonauts have been fleeing across the Black Sea, pursued by King Aeetes of Colchis. On board ship with Jason and his runaway bride-to-be Medea is the Golden Fleece, stolen from Aeetes. When the Argo  lands at Tomis, Ovid signals his presence there by deictically pointing to 'these shoals' ('his ... vadis'). They can be pointed out because they are associated with sandbanks. It would otherwise be hard to distinguish shoals from the regular shallow waters along a beach. Meanwhile authors such as Ammianuus Marcellinus and Strabo speak of the serious scourge of Danubian sand flats and of the 'breast-like dunes' of alluvial deposits in the sea.

First of all, we wonder how it is that only Medea brought [her] oars to bear on the shoals. Even more mystifying is the fact that she has two oars. She seems to have 'set' her [plural] oars on the shallow sea bed. The only crewman who would regularly have two oars would be, one assumes, the helmsman. Numerous Greek vases show helmsmen on the stern with their two steering oars protruding backwards at different angles towards the seas behind the ship.

Clearly a helmsman does not use these oars as a means to propel the ship. The steering-oars are the ship's rudder. Meanwhile in the text of Tristia 3.9.10 there no suggestion that the ship was making a high-speed landing known as beaching. We know this because we later learn that the anchor is raised and the stern cable is detached during departure. This proves that the crew did not drive the ship ashore in the manner of the Phaeacians charged with bringing Odysseus home to Ithaca at Odyssey13.113-115. Instead the Argo had glided in to land gently, as indeed one might expect if the waters were ridden with sandbanks. On approaching land, a there was a set mooring which procedure will have been set in train (see Aeschylus Suppliants 764ff). Thus, the way the Argo departs tells us everything about the way it arrives.

Meanwhile even if the Argo were being beached, the steering oars were a precious commodity. They were not there to stop a runaway train. That is, it would be absurd to imagine Medea (for instance) somehow planting her oars on the beach to absorb the shock of the ship's headlong arrival.

Greek ships commonly approached harbour or beach backwards. This was also the case with the Argo at Tomis. Medea is at the helm but only because she is the best person for a particluar manoeuvre that required only steadiness of hand. As the Argo approaches land, the crew will want to avoid grounding the ship on a sandbank lying unseen below the waterline. The most likely scenario is that Medea simply holds the tiller-bars such that the steering-oar blades are vertical and flush against the sides of the ship. The oars are perpendicular to the direction of the ship's progress. The assumption must be that the steering oars were designed to stretch down as far past the bottom of the ship as will have allowed these oars to impact the sand below the surf before the incoming ship grounded. Medea has one hand on each tiller. She simply waits for the bottom of the blades to make contact with the sea bed as its sands rise towards the beachline.The little toe that can be seen protruding from the the bottom of the blades of Greek steering-oars was intended to bury itself in the surf-covered sand and hold firm. The crew will feel the slow-moving ship come a halt. Medea will not be relieved of her duties until the anchor is dropped & stern cables attached to a rock or a tree. The ship must remain steady in the water.

It also stands to reason that the Argonauts would not have posted a look-out ('speculator') on an eminence ('tumulo') unless it was vital they had as much warning as possible in order to extricate the ship from its mooring. Yet a departure from a mooring can be expedited rapidly as it is in this case. Even as the anchor is hauled up the stern cables can be simultaneously reeled in. We suggest it was quite normal practice to tie a slip-knot on both sides of the ship in order to instantly release one end of each of the two cables. The crew would then reel in the cables from the stern without having to go near the rock or tree around which the cables were looped. The other end of each of the cables would be permanently tied to the sides of the ship by a very secure knot.

The action of this narrative should be compared with the closing scene of Euripides' Iphigineia in Tauris. The Tristian line in which the anchor is hauled in through a flurry of hands, is inspired by the Greek crew reeling in the stern cable in Euripides' play (1352: 'ἦγον χερων πρυμνησια'). In that play the anchors are mentioned first, as being hung from the catheads. In both plays the main protagonists are ashore as the crew prepares to leave. In both cases the heroine comes up with a delaying tactic which buys the Greeks precious time. There are many other parallels between these two myths. To name but a few (a) the heroine's theft of Artemis' statue in Euripides (1383f) equates to the theft of the Golden Fleece (implied in Ovid) (b) the female personae dramatis, both temple wardens, both sacrificers of guest-friends from Greece, both attempting a sacrireligious act before escaping to Greece from the western Black Sea via the Clashing Rocks en route to Attica (c) the use of deceit on the part of Medea and Iphigineia (Euripides 1330ff).

The parallels are clearest at Euripides 1292: 'Ἀγαμεμνονείας παιδὸς ἐκ βουλευμάτων / φεύγοντες ἐκ γῆς τῆσδε καὶ σεμνὸν βρέτας / λαβόντες ἐν κόλποισιν Ἑλλάδος νεώς' ('fleeing thanks to the plans of the daughter [of the king] in a Greek ship having taken the holy image'). The two heroines steal or help to steal precious cargoes which are either 'fallen from the skies' or connected to a fall from the sky (see Iphigineia In Tauris 1384-1385; the Golden Fleece came from the airborne ram from which Helle had fallen). Lastly, it is in both cases the 'love of a brother' that saves the beleaguered heroine. In Ovid, the love of Aeetes for Medea's brother delays their father the king and allows the Argo to escape. In Euripides the love of Iphigineia for her brother Orestes persuades the goddess Artemis, known for her brotherly love for Apollo, to intervene.

We return to the question of Medea's need of a look-out. As far as eminences go, there's quite a cliff face at Constanta today, showing that Ovid must have known his Tomis (even if, as some believe, his exile was a hoax). One might even suggest the conditions were favourable to the reception of a warning shouted from above. The cliffs will make voices resound. Meanwhile the ship may have been some distance from shore. Today the shoals around the site of nearby Histria are extensive. One can wade a long way out to sea. Thus the look-out's warning cry may have been shouted across extensive  sand flats to a far distant Argo, where the crew are awaiting just such a call. No wonder they 'spring into busy action' ('trepidant') rather than 'feel fear' ('trepidant'). The shoals  explain the crew's decision not to beach. Beaching requires 'terra firma', ideally a shelving pebble beach. Now the long, thin Danubian sandbanks are, we think, aligned along the direction of the Sfantu Gheorghe current. According to Apollonius at Argonautica 4.310 ,the triangular island of Peuce 'rises as to its width in the form of beaches' ('εὖρος μὲν ἐς αἰγιαλοὺς ἀνέχουσα') We believe this alludes to the sea-facing coast of the island that lies immediately south of the  Sfantu Gheorghe branch of the Danube. The Danube has been casting alliuvial deposits to its right as soon as it loses touch with Peuce's northernmost and north-facing shore. Quite naturally there have been parallel bars forming as the current straightens out the sand deposited. To begin with the sand floats unobstructedly south before settling. The sand bars thus develop one after the other and ever nearer the current.Finally having nowhere to go the Danube deposits its sand further and further along the last and closest sandbar. Thus it is that the island rises widthwise beach by beach. The view from above will be that of a set of enormous pan-pipes of sand.

Thus approaching shoals head on (as here) will have denanded care in the approach, just as Medea had demonstrated. In the meantime we must suppose that, on departure, Medea was in the vicinity of the look-out, up above on the cliff-tops. She realises she has no time to reach the ship and escape before her father reaches the shoals. Instead she relies on her father's absorption in grief as he sees his son's head and hands positioned perhaps on the same rock on which the 'speculator' had stood ('tumulo ... ab alto / scopulo ... in alto'). Aeetes is distracted by his son's remains and simply has no appetite for detaining the Argonauts. Yet to dismember and scatter the limbs of a human being across the fields will have taken Medea considerable time. One assummes that Aeetes does not arrive until after Medea has left. One must also assume that Aeetes makes a beeline for Absyrtus' remains thereby leaving the Argo to  make good its escape.

There is some debate about whether Greek ships have two steering-oars or one. It seems hard to understand how they could have had only one, and not just because the pottery tells us so. Assume you are heading north. If the wind's blowing the seas at you from a NE close reach angle you'll have a part of the far side of the sail (port side) stretched towards the bows to create a foot. This was an expanse of canvas designed to catch the wind head-on and make the ship slip ahead like a squeezed bar of soap always assuming the starboard steering-oar is deflected with the front edge along the ship's sides and the other edge protruding at 45 degrees behind the ship towards the SE. This will make the seas that are blown towards the stern, push the stern round to the SW. The whole ship will be acted on as one by the differing elements. The ship should make progress but also a lot of leeway. If the wind suddenly shifts 90 degrees to NW (at Odyssey 12.405 it switches 180 degrees) one has to be ready to switch oars quickly. With the wind from the NW the starboard steering-oar will now be redundant. The seas will now only act on a port oar.

The Candidus Lector
Coffering and the Ancient Text
The Return of Persephone by A.D. Hope